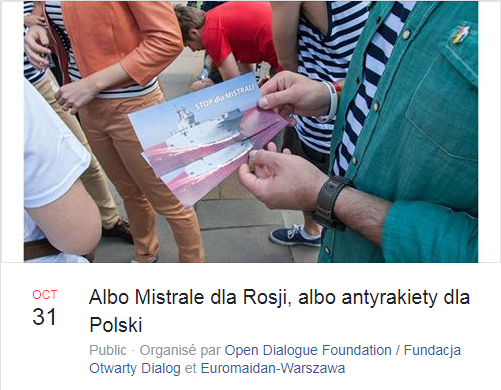 Polish activists demand from Poland's Ministry of Defence to exclude French Eurosam consortium (composed of Thales and MBDA) from pending contracts for supplies to the Polish military, unless France cancels the Mistral deal. The choice should be simple - by delivering Mistrals to Russia France should lose Polish military market!

Procurement currently pending is for a contract valued at ca. 6,5 bn euros. More contracts are planned.

Euromaidan Warsaw and the Open Dialog Fundation organised a protest today, the 31st of October, at 2:30pm in front of the Ministry of Defense in Warsaw. Link to the FB event: https://www.facebook.com/events/357261494448128/

Translation of the Polish text:

Unfortunately, all indications are that the arrangements between Russia and France enter into the final stage. The Open Dialog Foundation and Euromaidan Warsaw decided that we can not put up with it.

"The delivery of the French Mistral war ship to Russia is a threat for Ukraine and for peace throughout the region. Poland supports Ukraine, because it recognizes that it is in our vital interest. And that means that our interest is not arming the enemies of Ukraine by our allied countries . Countries such as France, which is a member of NATO and the EU, but has a great feel for the dirty and bloody Russian money "- commented Bartosz Kramek, Chairman of the Foundation Open Dialog.

How can we influence the decision of France? Poland has an ace up its sleeve. France takes off in a big tender worth over 26 billion to build a strategic missile defense system for the Polish army, named "Wisła". This is several times more than the value of the contract for the russian Mistral. We can give the French a simple choice - either Mistral to Russia, or "Wisła" for Polish.

Therefore, we appeal to the Minister of National Defence Tomasz Siemoniak to exclude the French european consortium (created by Thales and MBDA) from the tender for the Polish missile defense shield until the French decision to deliver the ships of Russia.

This work is licensed under a Creative Commons Attribution 4.0 International License. 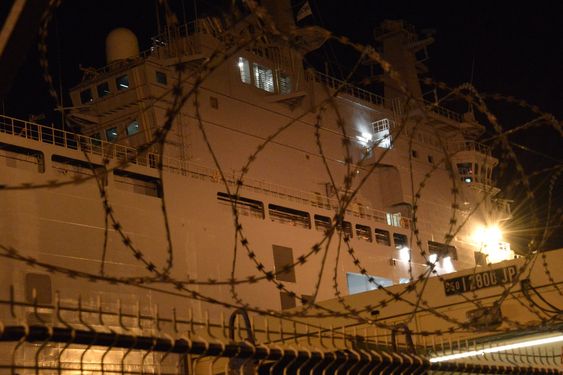 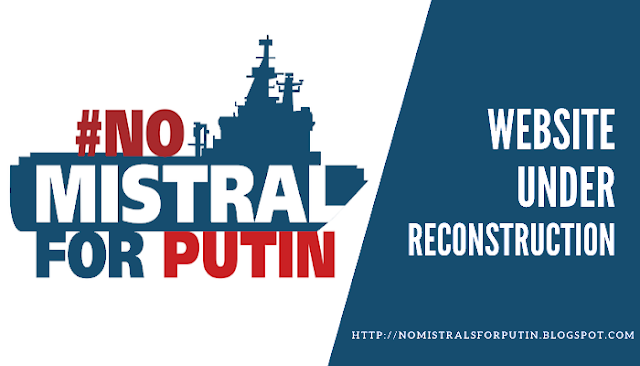 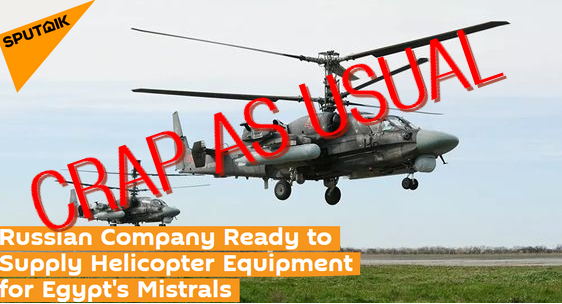